Rett syndrome is a neurodevelopmental disorder that almost exclusively affects girls. It is characterized by normal early growth and development followed by slower development, loss of purposeful use of the hands, distinctive hand movements, slow brain and head growth, walking problems, seizures, and intellectual disability.

The disorder was identified by Dr. Andreas Rett, an Austrian physician who first described it in a journal article in 1966. It was not until after a second article on the disorder, published in 1983 by Swedish researcher Dr. Bengt Hagberg, that the disorder was generally recognized.

The course of Rett syndrome, including the age of onset and the severity of symptoms, varies from child to child. However, before symptoms begin, the child usually appears to grow and develop normally, although there are often subtle abnormalities even in early childhood, such as loss of muscle tone (hypotonia), difficulty feeding, and jerky movements of the legs. extremities. Then, gradually, mental and physical symptoms appear. As the syndrome progresses, the child loses the use of the hands and the ability to speak. Other early symptoms may include trouble crawling or walking and decreased eye contact. Loss of functional use of the hands is followed by compulsive hand movements, such as wringing and washing. The onset of this regression period is sometimes sudden. 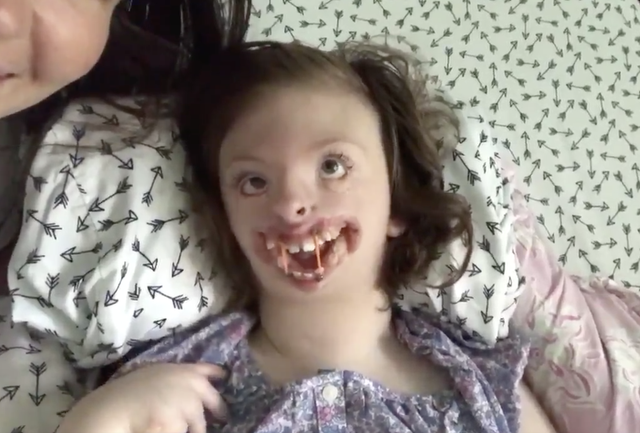 Apraxia, the inability to perform motor functions, is perhaps the most severely disabling feature of Rett syndrome, interfering with all body movements, including gaze and speech.

What are the stages of the disorder?
Scientists generally describe four stages of Rett syndrome. Stage I, called early onset, usually begins between 6 and 18 months of age. This stage is often overlooked because symptoms of the disorder can be somewhat vague, and parents and doctors may not notice the subtle slowdown in development at first. The baby may begin to show less eye contact and have less interest in toys. There may be delays in gross motor skills, such as sitting or crawling. He may wring his hands and slow his head growth, but not enough to attract attention. This stage usually lasts a few months, but can last for more than a year.

Stage II, or the rapid destructive stage, usually begins between ages 1 and 4 and can last for weeks or months. Its onset may be rapid or gradual as the child loses manual skills and spoken language. Characteristic hand movements, such as wringing, washing, clapping, or tapping, as well as repeatedly moving the hands toward the mouth, often begin during this stage. The child can hold hands clasped behind the back or at the sides, touching them, grasping them and releasing them at random. The movements continue while the child is awake but disappear during sleep. Respiratory irregularities such as episodes of apnea and hyperventilation may occur, although breathing usually improves during sleep. Some girls also show symptoms similar to those of autism, such as loss of social interaction and communication. Walking may be unsteady and it may be difficult to initiate motor movements. Slow head growth is usually noticeable during this stage.

Stage III, or the plateau or pseudostationary stage, usually begins between ages 2 and 10 and can last for years. Apraxia, motor problems, and seizures are prominent during this stage. However, there may be an improvement in behavior, with less irritability, crying, and autism-like features. A girl in stage III may show more interest in her surroundings, and her alertness, attention span, and communication skills may improve. Many girls remain in this stage for most of their lives.

Stage IV, or the stage of late motor decline, can last for years or decades. Prominent features include reduced mobility, curvature of the spine (scoliosis), and muscle weakness, stiffness, spasticity, and increased muscle tone with abnormal posture.